A Vampire, an Archangel, and a psionic Dark Ops Agent walk into a bar on the Oracle Planet.  What could possibly go wrong? 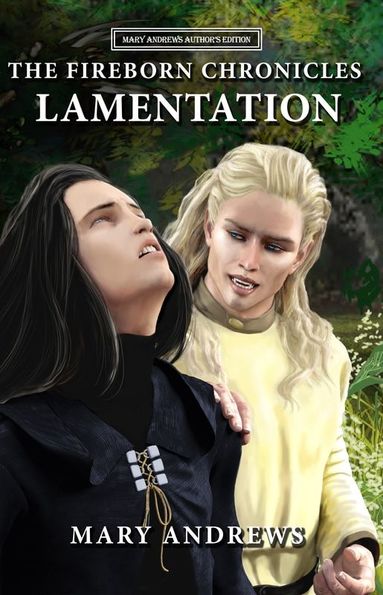 Eric Barrows made an extra orbit around the new Earth. It looked exactly as it had when he’d left it over a thousand years ago. How had they done this? His mind flooded with memories of places and people and times long gone. He studied the screen. Yes, it was still there, the land of his birth...and death...and birth again. This time he would not lose the opportunity to finish what he’d sworn to do. This time he would follow through.

The  North American continent slowly slid into view. But first, there was a debt to pay and a savior to save. He began his descent towards a mountain in Washington, Mount Reiner, where the Overlord’s own vessel now beckoned to him.

The screen flickered at an incoming transmission. “Valkyrja,” he responded.

“The face of one of the Archangels appeared. “This is Archangel Chamuel, of the Seraphim.”

The thought that any of the Overlord’s elite servants would not be recognizable on sight,  brought a smile to Eric’s face, despite his resolve to remain serious.

“The Corporate Overlord has already announced you to Raphael, his representative planetside. We are sending you specific coordinates. Should you need any assistance, Raphael can contact us instantly.”

Eric nodded. “Understood.” He cut the contact. What kind of dummy did they think he was? Ira’s exact location was handy, but he could’ve sensed the presence of such powerful minds from quite a way. He slowed his vessel and eased it to the ground as near to the tavern as he could manage.

Twenty-five minutes later,  he stood outside of the establishment he sought.  It was a cozy looking little place, filled to the brim with humans, an Archangel, and his world-saving-target.

Stepping inside, he ignored the confused reactions of the bar’s clientele. There in the back, all impeccably dressed in the Overlord’s apparent uniform of a finely tailored, cream-colored suit, Raphael sat with his waist-length platinum hair fastened at the base of his neck, and ethereal blue eyes staring back at him.  For a moment, Eric wondered where the Overlord got all those suits. Perhaps he would ask him when this was over, but for now he followed the Archangel’s gaze to where a slightly disheveled six-foot-tall raven-haired man in black, sat staring at his glass.

Raphael’s thoughts intruded upon his own. “He may or may not respond when you approach him.”

Eric ignored him, instead walking directly toward the bar’s end. Such power. Eric could feel it radiating from the man alongside a churning turbulence. He pulled up beside Ira and studied him. Leaning in, the vampire exerted his own aura. Emanating a cold calm, he pressed his will upon his target. “You must come with me,” he commanded.

When Ira did not rise to leave, Eric leaned in further, this time swiping away lengths of hair with his hand to capture the other’s gaze. “Look at me,” he said aloud in a voice normal mortal men could not resist.

The Wall Master’s multifaceted, crystal-blue eyes slowly raised to meet his.  And a mental blast of destruction, will, and pain lashed out striking Eric, forcing him to back away.

Such power. He took a gulp of air at its influx and found himself halfway to the exit before he realized he’d been coerced to do so.

Raphael’s concern was visible as his gaze shifted from the vampire to his charge and back again, but he did not interfere.

Eric turned and stared at Ira. “Not so oblivious now, are you?”

With a not-so-sane glimmer in his eyes, Ira slowly shifted on the stool to face him.

Eric smiled. The eyes were the quickest portal to a man’s soul. Now that he’d fully engaged them, he could start. From where he stood, the vampire stared into them and projected the image of Ira’s dead wife, her scent, the soft tone of her voice upon his mind. In this guise, he beckoned the Wall Master to join him...to leave with him.

Ira rose and crossed the room in a stupor.

All eyes followed him and looked to the Archangel in concern, but Raphael remained seated and did nothing as Eric lured Ira out the door.

Once outside, Ira froze in mid-step and squared off.

Eric sighed. He had hoped to hold the illusion long enough to reach the Valkyrja, but the chill of the mountain’s fresh, night air had banished the sight and scent of Tristen from his target’s far-too-strong mind. “I don’t suppose you’d like to discuss this like gentlemen now, would you?”

A wave of pain and anger overtook Eric. He trembled and groaned at its touch, raising a hand in a useless effort to shield against it.

With force, Ira’s soft voice echoed through his mind. “Who do you think you are? How dare you presume...”

Eric watched Ira’s anger dissolve and plunge into despair and, still linked to the Wall Master,  he felt its horrible sting. “She wouldn’t have wanted this,” the vampire ventured. “It would destroy her to see you like this.  You’re being selfish. She’d hate this.”

Ira’s eyes cleared. He unlinked his mind from Eric’s and stepped back, seeing him for the first time. “She hated nothing. She was incapable of it.” He looked around at the moonlit forest just beyond the clearing. “Where were you taking me?” He glanced back to the tavern. “And why has Raphael allowed this?”

Eric sighed in relief and took in the first real view of the savior he’d been sent to save. His whole demeanor  had changed. The way he held himself, his aura, his control. How had this happened so suddenly? “The Overlord has tasked me to help you out,  young man.”

Ira’s burst of laughter held just a touch of instability. “I never liked it when Rael use to talk to me like that, and I actually was a kid then.” He shook his head. “I’d say we’re about the same age, so who are you to call me that?”

“I’m told you haven’t even lived one lifetime’s worth of your immortality. I’ve lived over a thousand. That makes you very young in comparison.” Eric motioned for them to continue into the forest. “Now, mind your elder.”

Ira found himself doing as he’d been told, though he wasn’t sure why. 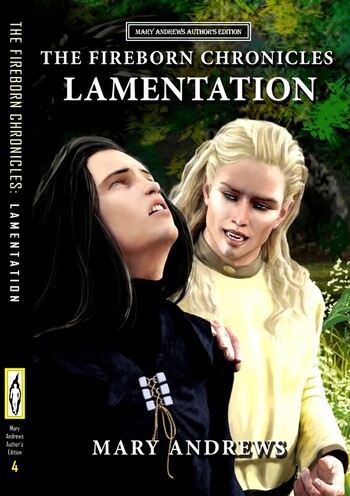 Books are POD (print on demand) from Ingram.  All major stores like Barnes & Nobel
can order the book with ISBN number. Also available from author.
Cover art by Kathleen Cavazos.
BOOK  REVIEWS