Alandra's tired eyes focused on the Oracle Triad as they turned in unison to face her. "What's so important that I have to come to you in the middle of the night?" She shuffled her bare feet on the cold floor and tugged her robe closed for  modesty's sake. "Well?"

The three scrawny old men stared at her with an air of expectancy.

Alandra sighed and opened her mind to them. "Show me."

A universe of stars flashed into existence and coalesced into a familiar configuration; eight planets and a single sun--the old Sol system of long ago, before Earth's demise.

In unison, the Triad spoke with sonorous voices transcendent of time. "You know this solar system?"

Alandra nodded and watched the image in her head shift and draw her beyond its outermost perimeters.

A gargantuan rock, cold and desolate, tumbled lazily toward the system. Alandra brushed strands of hair from her face. "What is that?" She focused harder to better study the mental image. "An asteroid--a comet?"

"It has begun." Still in unison, their tone lowered ominously. "A body from without threatens our world just as it did your centuries ago."

Alandra measured its path in horror. "Oh no, not again." She slammed her mind shut to stop the accelerating image. With a flash another appeared. Buffeted by turbulent winds, encircled by explosive sparks of gold and yellow and white, her brother, Ira stood alone in the night upon a snow-capped mountain. He stared at her through the maelstrom, his long untethered black hair alive and lashing in the wind. A bolt of lightning ripped across the sky between them. His crystalline eyes flickered, aglow against the sudden mad darkness that followed. His soft voice echoed with a sense of urgency across her mind, "Now!"

Alandra gasped, finding herself once more in the room with the three aged Oracles. She spun to leave. "I'll tell the Overlord." Racing from the room in blind terror, she barely managed to slide to a halt before a Hive communication access panel.

Slamming her palm against it, she struggled to catch her breath.

"The Overlord," Alandra gasped. "I must reach the Overlord." 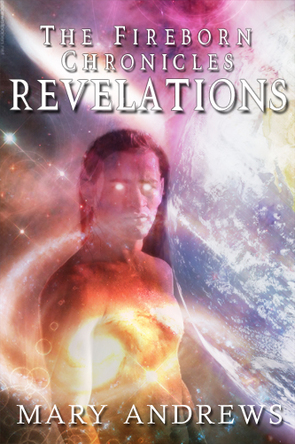 AMAZON                     BARNES & NOBLE
Portrait art by Kathleen Cavazos http://rynjenji.deviantart.com/gallery
Also available during personal appearances by  author.  All major stores like Barnes & Noble can order the book with the ISBN number

PSIONIC SCI FI: The inevitable fusion of Man, Machine, and the Paranormal

After Earth’s destruction, humans have scattered and spread across the universe. The peace is kept by a universal government. Four rogue talents unite to become an invincible Government Dark Ops team—the Nemesis Team. But an unknown planet has turned up; a planet ruled by Oracles whose agents may be usurping The Government and suddenly, nothing is what it seems.

Follow the Nemesis Team and their uneasy allies as they race to unravel a reality not of their making
before the strange world is annihilated by an asteroid.

After the Earth was destroyed by an asteroid, humans scattered all over the universe, and a universal government was set up to keep the peace. The Dark Ops team called the Nemesis Team composed of four rogue talents is sent throughout the universe to solve problems. The latest dilemma involves an unknown planet which has suddenly appeared, a planet ruled by Oracles whose agents may be trying to usurp the authority of the universal government. It is up to the Nemesis team and their allies to try to unravel the mystery before this strange planet is destroyed by an asteroid.

This novel is the third in the Fireborn Chronicles and once again we have Ira, an empath, along with Tristen, the Oracles’ Chosen One, working to save a planet. They are aided by the rest of the team and along the way, they make contact with the Roma people. I was very impressed with Mary Andrews’ knowledge and treatment of the Roma culture. In this setting, the Roma live in space caravans, but their traditions date back to a time before the Earth was destroyed. They are a very proud and private people who find themselves in a situation where they need to interact with the Nemesis Team. The first meeting between these two very different groups is stressful, to say the least, but they eventually find that they have enough in common to work together to try to save the unknown planet from destruction.

The story line in this novel is intricate and the action moves at a very fast pace. I really enjoyed a number of the characters, and I was intrigued with the Roma’s question, “What if the Earth itself is actually an accumulation of intelligence from the time of its conception. What if we, like skin cells, are an integral but non-connected part of something much, much larger.” The idea of connectivity plays a large role in this novel, and it was amazing to see how Andrews weaves the various pieces of the story into a complete and well-structured whole.

Readers of fantasy are sure to enjoy Revelations. I would encourage those who are interested to begin with the first volume in the series, Fireborn Found, followed by Resonances, and then Revelations for the deepest enjoyment of this amazing world. Each of the three novels does stand alone and each one has its own complete and distinct plot. But Andrews has done a fabulous job with the development of her characters, so I believe that reading the three novels in order provides the richest experience.

Imagine a tragedy. You know it's coming. You know you can prevent it, but it will cost you everything. Can you bear it?

Ira Haze takes the lead in preventing Earth's destruction, or re-destruction, as it may be. But every day drains him, and the dreaded hour looms closer by the minute. He must choose between untenable alternatives.

Rael Pointe and the others play their parts in the race to save Earth. And Deshon, a "psychic vampire," sees redemption in the face of a little girl.

This third book in the "Fireborn Chronicles" examines loss and return, sacrifice and healing.

Mary Andrews' characters are flawed, but not in the sense that she has miscast them. They are imperfect beings getting the job done, plugging on despite the obstacles and the cost, and it takes the efforts of each to make things whole.

The author gives us a satisfying ending, but leaves us with the hope of more adventure. I anticipate the return to her universe. 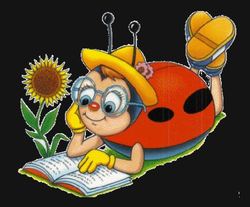 The Fireborn Chronicles by Mary Andrews began for me with FIREBORN FOUND, book one in this incredible series. Once I'd finished reading it, I was delighted to learn Book Two, The Fireborn Chronicles: Resonances was already released so I didn't have to sit on the sidelines waiting for the next leg in the series.

I was NOT disappointed in the journey taken by Rael and his crew aboard his ship Nemesis, but as I neared the conclusion of Book Two I began a slow but ever growing wail. Book THREE...oh please, I lamented, is it out? It HAS to be. I cannot sit here on the sidelines wringing my hands waiting and waiting until some magical date in the future springs across the cyber world and my e-reader gets lucky.

Book Three The Fireborn Chronicles: Revelations released from Ms. Andrew's Publisher, Muse It Up Publishing on July 27, 2012 so I was on a roll.

I have to admit I spent some time looking at the cover for book three trying to figure out who the cover image represents. I concluded, it must be Ira Haze, the head Psi guy sent in book two to Future Earth to save it from the same destiny of Ancient Earth in another dimension by Rael, the Overlord of well...everything.

I don't DO spoilers, so I'm not going to tell you what Ira and his group must save the future Earth (our earth?) from, but I will tell you I rode right along with Ira, his blind but brilliant wife Tristen, The Light and Dark Lords, Nevon and Deshon, Rael, the Overlord, his gorgeous Archangels, and Laynald, his combination healer-assassin, as they work together to bring a future to earth (ours?).

Based on the ending I HOPE there's going to be a Book Four, because now I am sitting here wailing at the top of my lungs, wringing my hands, waiting for the next installment in this ongoing Psionic Sci-Fi adventure brilliantly crafted by Mary Andrews.

So once more I quite happily award Ms. Andrew's brilliance with The Fireborn Chronicles: REVELATIONS